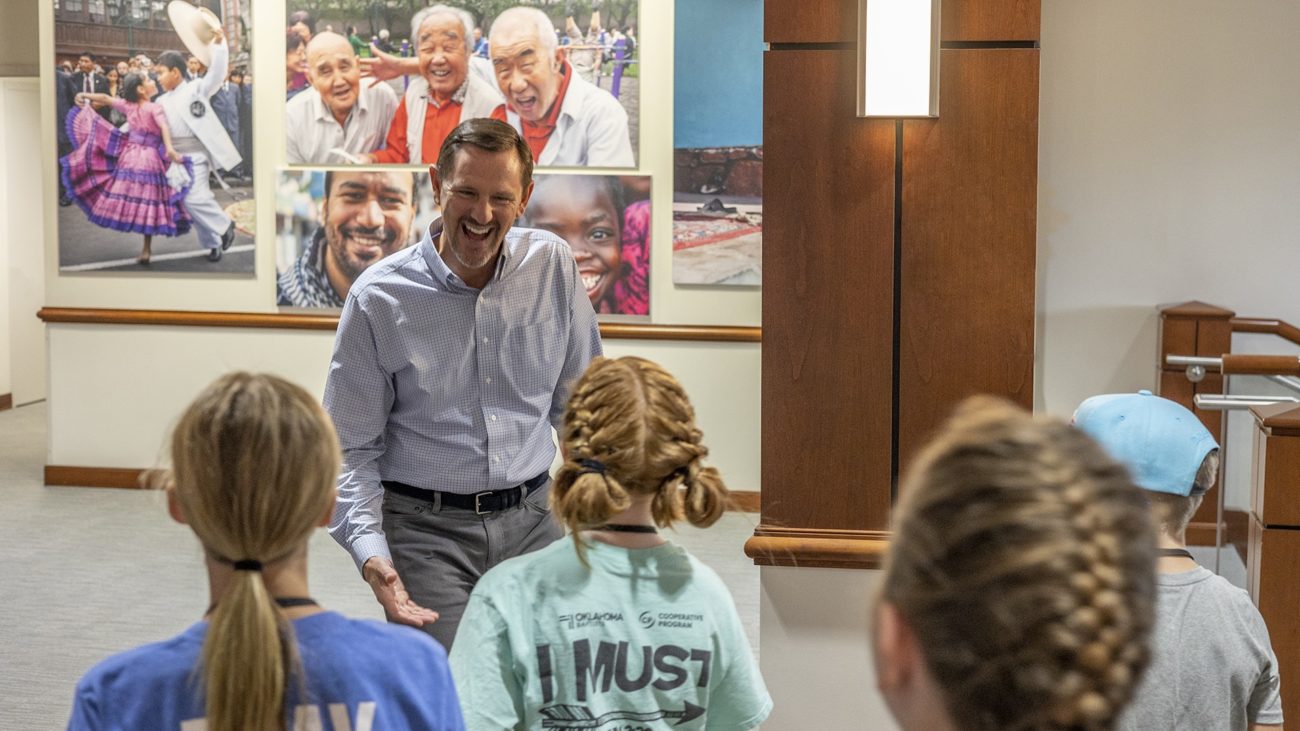 Staff of the International Mission Board (IMB) showed their enthusiasm while hosting a group of fifth and sixth graders from Southern Hills Baptist Church (SHBC) of Oklahoma City, Oklahoma. 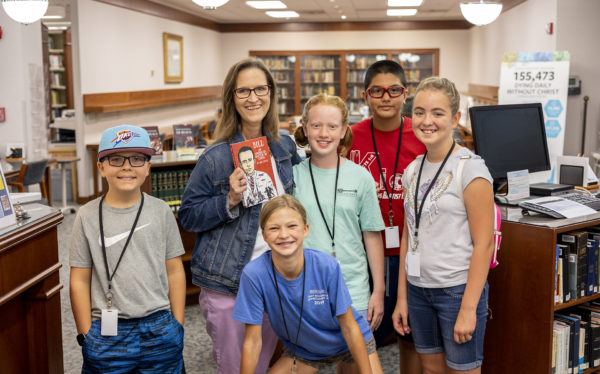 The children visited the IMB headquarters in Richmond, Virginia, as a reward for completing eight mission projects during the 2020-2021 school year. The eight projects included interviewing a missionary, writing a report on a country, writing a book report on a missionary biography, and learning key phrases in another language. SHBC paid for each child’s travel, including a trip to the Museum of the Bible in Washington D.C., once the children completed all eight projects.

Kaleb Reyes, one of the children who toured the building, shared why he thinks the IMB is important.

“I think the IMB is important because it can help a lot of people who want to do missions but do not have the resources to,” he said. 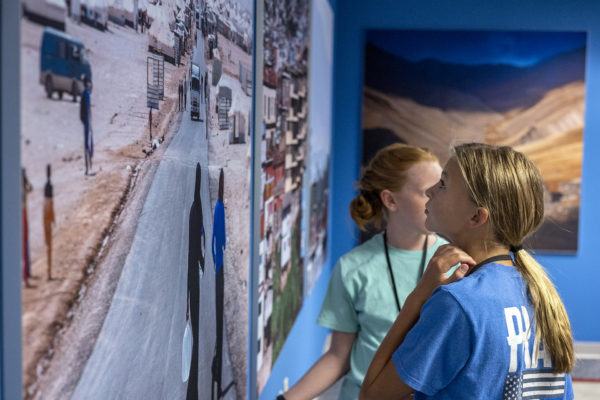 During a tour of the IMB headquarters, Allison Wiles, a student from SHBC, stops to look at IMB photos (photo by IMB).

Addilyn Wright added, “There’s a lot of people out there [who don’t know Jesus] and you don’t want to keep Jesus all to yourself. You want to share Jesus with everyone so they can know Him.”

As the children toured the IMB building with their parents, their missions pastor, and Jacob Steward, the children’s pastor from SHBC, they learned about the different departments at the IMB and the roles they play in supporting missionaries and continuing gospel advancement. The fifth and sixth graders were able to meet Paul Chitwood, IMB president, and other IMB staff who answered their questions about missions.

Steward explained why SHBC emphasizes missions at an early age.

“It’s really important for kids to learn about missions because a lot of their decisions are made when they’re kids,” he said. “We want to prepare them from the time they are young to go out into the world and share Jesus with people.”

Catherine Finch is a writer for IMB.

Cover Photo: Paul Chitwood, IMB president, greets a group of fifth and sixth graders as they tour the IMB headquarters in Richmond, Virginia (photo by IMB).